Tansu part names vary by location and sometimes by builders in the same region.
The names provided below are limited examples from our own research. 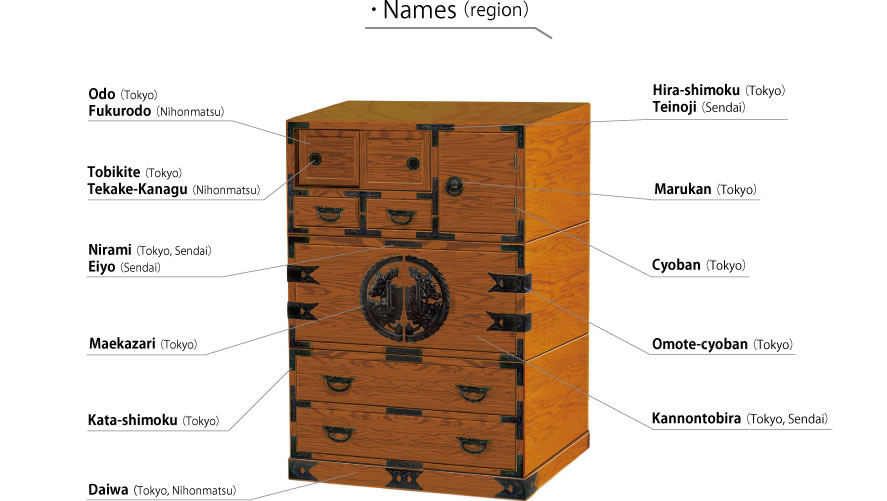 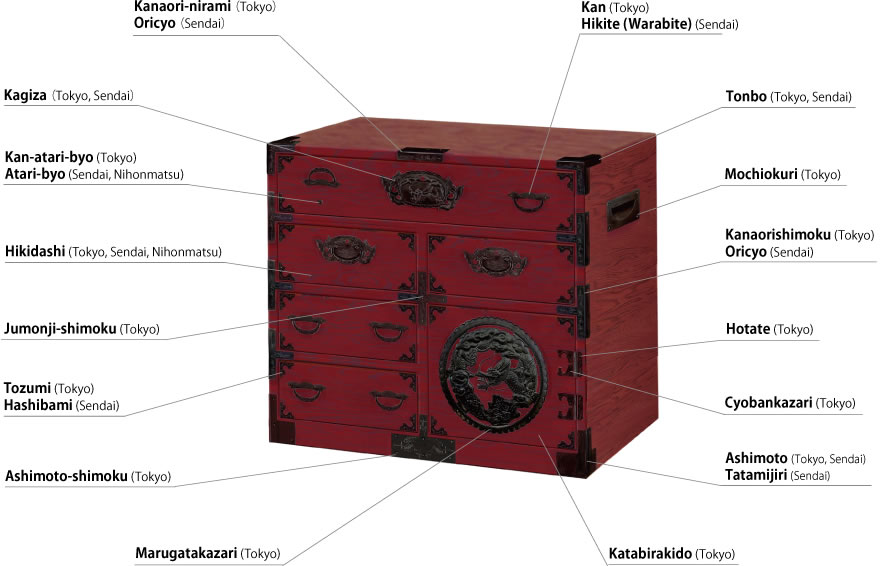 Clothing chests were the first chests for common people that became popular throughout Japan. They came into existence when common people had enough clothing to store and craftsmen had the technology to build chests.
Depending on the region, some chests were embellished with lavish and fancy hardware, while some had a more functional design without much decorative hardware. 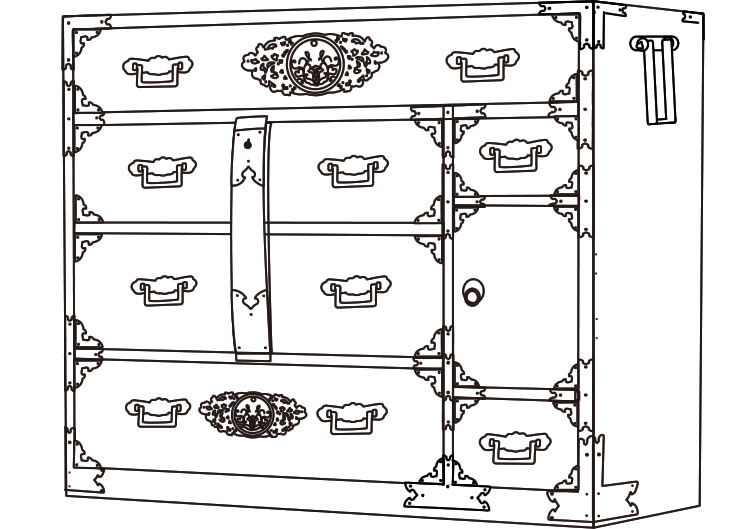 These chests made from steps, also called box steps, demonstrate the ingenious use of the narrow space in Japanese houses. They are the crystallization of townsfolk rationalism.
Depending on the stair configuration, drawers were shaped and sized differently for convenient daily use. Some were built-in with columns and walls incorporated, while others were modular. 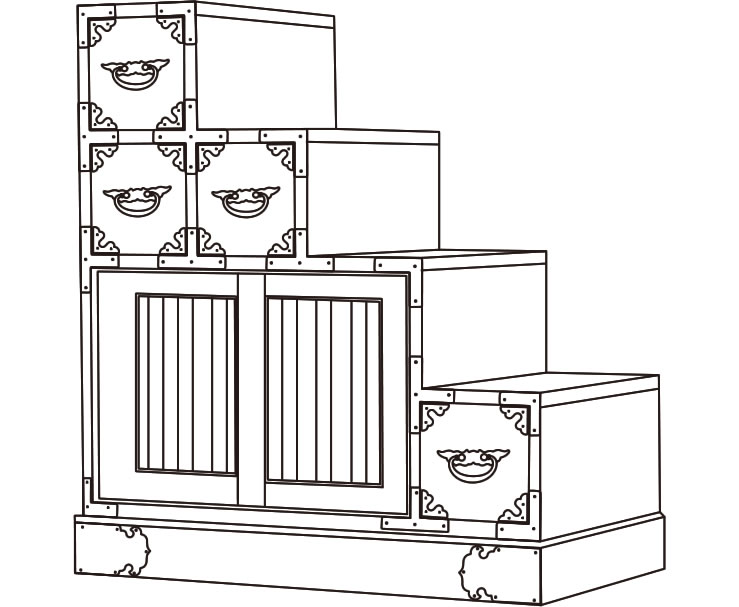 Merchant chests were placed on the raised platform area of a shop or inn to store important items such as business documents, seals, money, and stationery.
They came with a key so that thieves could not easily steal the contents, and many had secret compartments. As they were visible to customers, they were a symbol of wealth and made of high-quality materials. They were durable, beautiful, and functional. 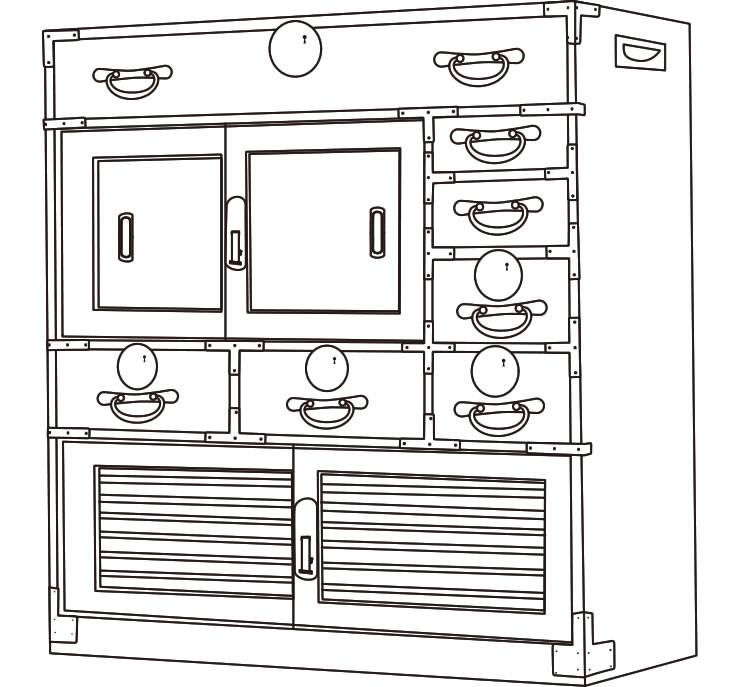 These chests were made with wheels so that they could be moved in case of disaster.
They were used as merchant safes and by families in storehouses to keep their valuables.
During the Edo Period when there were many fires, people rolled these wheeled chests out to the street, where they caused a catastrophic roadblock. Because of this, wheeled chests became banned in three cities (Edo, Osaka, Kyoto). Later carrying loops were attached so that they chests could be carried on poles inserted through the loops. 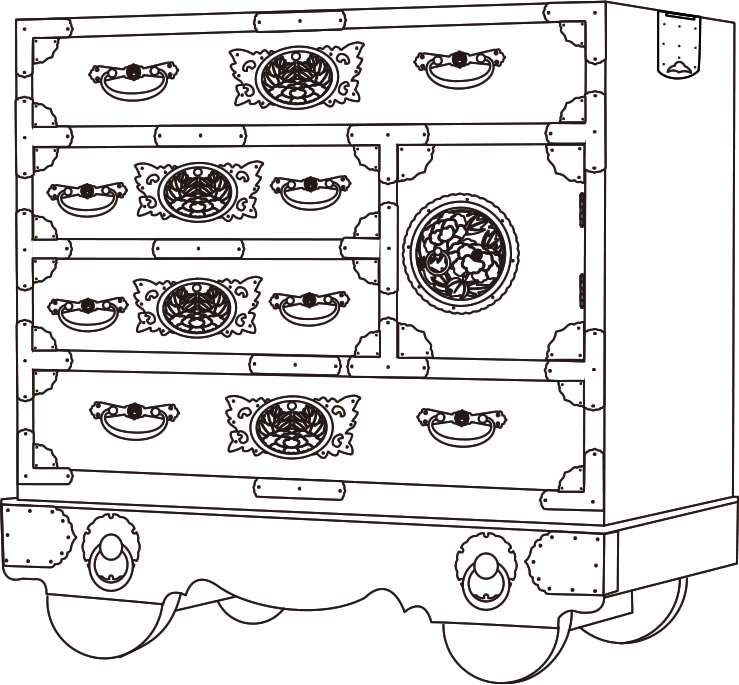 Sea chests stored important documents about the cargo onboard, account books, money,and other items. They were built small enough to be easily used on ships with limited space and portable. In case of an accident at sea, they were built tough enough to withstand rough waves and airtight to prevent water from entering.
They were equipped with secret mechanisms that made it difficult for anyone to open and remove the contents of the chest if it was found. 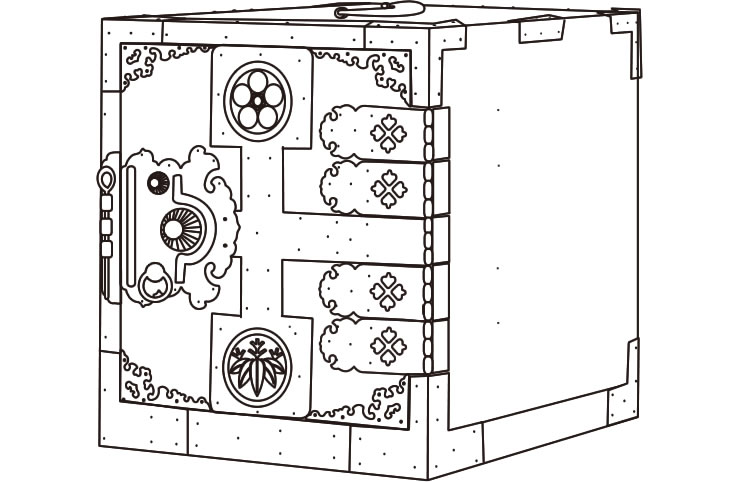 Apothecary chests were used by doctors and teahouses to store medicines.
They are also called hyakumi-dansu (“hundred flavors chest”) because of their many small drawers to sort and store traditional medicines.
Yet another name for them is hyakume-dansu (“hundred eyes chest”) because of the many round handles that look like eyeballs.
They were equipped with secret mechanisms to safely keep dangerous and poisonous drugs. 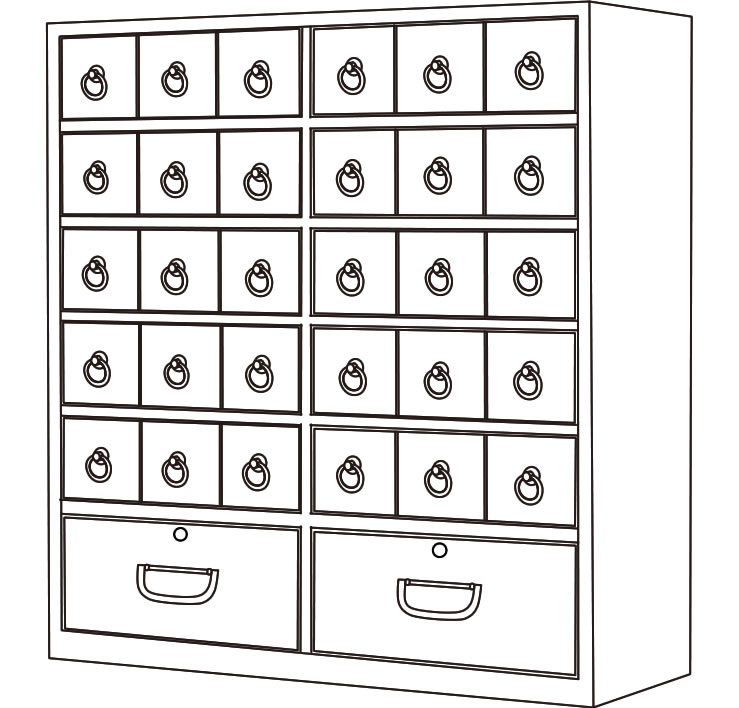